1st shipment of Iran oil from Oman Sea to be loaded on Thur. 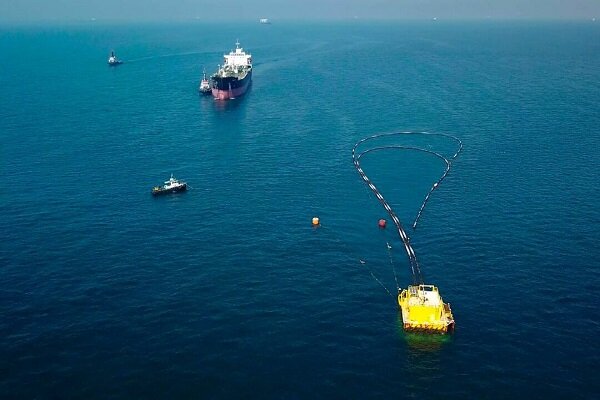 CEO of the National Iranian Oil Company (NIOC) Masoud Karbasian made the remarks on Tue. and said that Iranian crude oil has reached from Goreh to Jask Oil Terminal after passing 1,000km route.

The loading operation and export of the first Iranian oil shipment from Jask Oil Terminal and Sea of Oman will start at the official order of Iranian President Rouhani on Thu. July 22.

Launching the large national project in shipping crude oil from Goreh to Jask Oil Terminal is a great honor for giant oil industry of the country, Karbasian said.

Shipment of Iranian crude from Goreh to Jask Oil Terminal, in addition to diversifying the exports origins of the country and developing Makran area, will lead to more prosperity, production and economic activities in this region by constructing refineries and petrochemical companies in the very near future, CEO of NIOC highlighted.

Elsewhere in his remarks, Karbasian seized this opportunity to express his special thanks to 250 competent domestic contractors and parts producers who contributed in launching this national project, adding that launch of this giant project has generated new employment opportunities for 5,000 and 10,000 people both directly and indirectly.

By operating this national and strategic project to transfer Goreh crude oil to Jask Oil Terminal and arrival of oil to Makran coastal areas, in addition to diversifying export terminals, sustainable development and job creation will be provided with the construction of refineries and petro refineries.

With the start of crude oil exports from Jask in the Sea of Oman, in addition to reducing the number of tankers to load crude oil, the Islamic Republic of Iran has the opportunity to export oil with more security and more stability.

Iran register $36.5bn foreign trade with neighbors [ad_1] Rouhollah Latifi, the spokesman of the Islamic Republic of Iran Customs Administration said on Wed. that during the 12 months ... Export 14 May 2021 Read More...