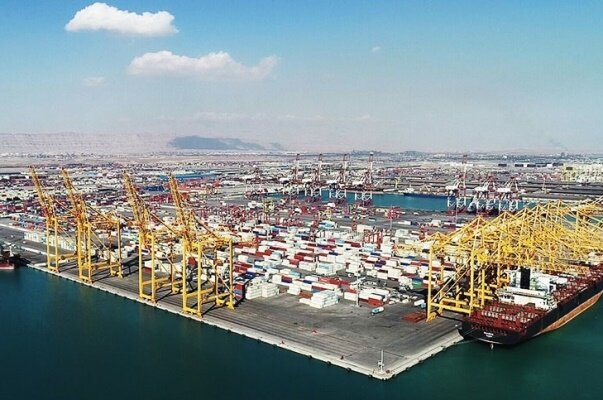 The director-general of Hormozgan Province’s Ports and Maritime Organization Alireza Mohammadi said the figure shows an increase of 16 percent year on year.

The official added, since the beginning of this year (March 21), 550 container ships have moored at the port’s private wharf.

Shahid Rajaee is Iran’s biggest container port near the Strait of Hormuz.

Shahid Rajaee Special Economic Zone, which has a loading/unloading capacity of 100 million tons, accounts for over 55% of Iran’s trade and 70% of transit.

Over 85% of Iran’s containers are handled in Shahid Rajaee Complex.

With 18 gantry cranes and 40 berths, it is the most advanced container port of Iran where 12,000 TEUs-plus Panamax cargo ships can enter.

Launched in 1985, the port has expanded every year. Today it is connected to 80 top ports of the world.

The significance of this port lies in its large capacity, including its location in the Persian Gulf, container terminal, fuel bunkering, access to 24 kilometers of railroads and round-the-clock truck transportation.