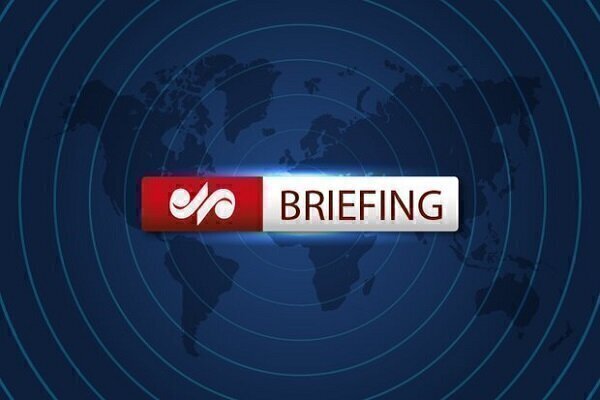 Iran has proven to be reliable, confident partner: Raeisi

President-Elect of the Islamic Republic of Iran Seyyed Ebrahim Raeisi said that Iran has proven that it has been is a reliable and safe partner in international arenas.

He made the remark in his meeting with visiting Deputy Prime Minister and Minister of Foreign Affairs of Qatar Sheikh Mohammed bin Abdul Rahman Al Thani in Tehran on Sunday and reiterated that Islamic Republic of Iran has demonstrated that it has been a reliable, friend country and confident partner.

During the meeting, President-Elect of the Islamic Republic of Iran pointed out that the two friend countries of Iran and Qatar have established very good relationship with each other and are reliable trade partner in the region.

Iranian President-elect Ebrahim Raeisi has held a phone conversation with the governor of Khuzestan province, stressing that dealing with the southwestern province’s problems will be a priority for his future administration.

President-elect Ebrahim Raeisi made a phone call to the governor of Khuzestan province on Sunday afternoon amid water shortages in the province.

Armed Forces not to let anyone invade territorial integrity

Coordinating Deputy of the Islamic Republic of Iran’s Army Forces said that Armed Forces will not allow anyone to attack national interests and territorial integrity of the country.

Rear Admiral Habibollah Sayyari made the remarks in a local ceremony on Sun. and stated that today, the Armed Forces of the Islamic Republic of Iran have achieved such highest power that it can stand against any enemy and does not allow anyone to attack interests and territorial integrity of the country.

The Iranian Railway has been inscribed on the UNESCO World Heritage List.

“Iran’s National Railway” was registered in the 44th session of the World Heritage Committee as the 25th Iranian site on the UNESCO World Heritage List on Sunday.

The extended 44th session of the World Heritage Committee is organized by UNESCO in cooperation with the Host Country, the People’s Republic of China. The meeting started on 16 July and will run through until 31 July in the city of Fuzhou.

A senior Iranian lawmaker has said that a piece of legislation approved by the parliament late last year paved the way for nuclear talks in Vienna, adding that the bill did not put any obstacles in the way of the negotiations.

In an interview with Mehr, the chairman of the Iranian Parliament’s Foreign Relations Committee, Abbass Golroo discussed the parliament’s piece of legislation dubbed “Strategic Action Plan to Counter Sanctions and Protect Rights of the People”, which was approved in early December last year amid the continued indifference of the JCPOA participants to the illegal US sanctions against Tehran.

The Iranian destroyer ‘Sahand’ took part in the Russian Navy Day parade in St. Petersburg a few minutes ago and passed in front of the station.

Russia’s naval parade on the occasion of the country’s Navy Day in St. Petersburg started a few hours ago in the presence of Russian President Vladimir Putin and some guests from some other countries, including Iran Army’s Navy Commander Rear Admiral Hossein Khanzadi.

Iran to give harsh response to threats 40km off its borders

A commander from Iran Army Ground Force said on Sun. that Iran will give a harsh response to any threats getting nearer than 40 kilometers to its borders.

Second Brigadier General Ali Hajiloo, the commander of the Iran Army Ground Force’s Northwest Regional Headquarters said that the Iranian Army is fully prepared and will give a harsh response to any threats getting closer than 40 kilometers to the borders.

Iran Foreign Minister Mohammad Javad Zarif held a meeting with visiting Qatari counterpart to discuss the latest developments in bilateral relations as well as the region.

Presence of Iranian ships in Gulf of Finland ‘historic event’

Describing the presence of Sahand and Makran ships in the Gulf of Finland as a historic event, the Iranian Army Navy commander said that this success means opening the gates of the North Sea and Finland to the fleet of Iran.

Rear Admiral Hossein Khanzadi made the remarks in an interview upon his arrival in St. Petersburg on Saturday evening.

“In this long journey, these ships entered strategic areas in the world that is unprecedented,” he said. “The Iranian ships began their journey a few months ago and now, they have reached the Gulf of Finland and the waters of St. Petersburg.”

Assistant Foreign Minister and Director General of Asia-Pacific department of Iran announced on Sun. that the country has completed imports of 10 million doses of Covid-19 vaccine from China.

The national Iranian taekwondo team for the first time since it qualified for Olympic Games finished the games without winning a medal on Sunday.

While in all five previous Olympics since the 2000 Olympics in Australia, the Iranian taekwondo representatives had won at least one medal, this time in Tokyo, the three-member taekwondo team of Iran will have to return to their country without a medal.

Mehr News Agency is to host a meeting to discuss the recent developments in Iraq and the country’s upcoming parliamentary elections.

Dr. Reza Sadrolhosseini an expert in regional issues, Mehdi Shakibaei senior analyst of west Asia, and Ali al-Azirjavi representative of one of the Iraqi Parliament’s factions will address the event tomorrow.

According to the latest figures released by the Iranian Health Ministry on Sunday, more than 27,000 new cases have been confirmed in the country and the virus has claimed the lives of 268 people since yesterday.

According to the statement released on Sunday by the Iranian Health Ministry, the coronavirus pandemic has claimed the lives of 88,800 people so far, with 268 more Iranians succumbing to the deadly disease in the last 24 hours

Iran-Cuba vaccine one of most successful vaccines in world

The joint vaccine of Iran and Cuba can be considered as one of the most successful vaccines in the world, the Iranian Health Minister said.

The joint vaccine of Iran and Cuba can be considered as one of the most successful vaccines in the world, Saeed Namaki said.

‘Metamorphosis in Slaughterhouse’ to go on screen in Toronto

Iranian film ‘Metamorphosis in the Slaughterhouse’ directed by Javad Daraei will be screened at the 10th edition of the Toronto Reel Asian Film Festival in Canada.

‘Metamorphosis in the Slaughterhouse’ narrates the story of a family who must move from their village.

The film is a 2020 production of Iran, Germany, and Canada, produced by Mehdi Koohzadeh.

Chief of Iranian Red Crescent Society (IRCS) revealed the arrival of the 9th shipment of coronavirus vaccine into the country.

Dr. Karim Hemmati, IRCS Chief, broke the news on Sun. and reiterated that the 9th shipment of coronavirus vaccine, provided by Iranian Red Crescent Society (IRCS), was delivered to the Iranian Ministry of Health and Medical Education.

Iran exports over 221k tons of agri. products to Iraq in Q1

About 221,613 tons of agricultural products were exported from Iran’s Qasr-e Shirin County in Kermanshah province to neighboring Iraq in the first three months of the current Iranian calendar year.

Speaking in an interview with IRNA on Sun., Manager of Agricultural Department of Qasr-e Shirin Morad Mahmoudianfar said that 221,613 tons of various types of agricultural products including fresh fruits and vegetable were exported from borders of Kermanshah province to Iraq in the first quarter of the current year (from March 21 to June 21).

“In this meeting, we discussed bilateral and trilateral cooperation between the Islamic Republic of Iran, China and Pakistan and the latest developments related to the China–Pakistan Economic Corridor (CPEC) project,” wrote Hosseini in his Twitter account.

The Director General of Ports and Maritime Organization (PMO) said that 46.18 million tons of good were loaded and unloaded in ports of the country in the first four months of the current Iranian calendar year. Iran register $36.5bn foreign trade with neighbors [ad_1] Rouhollah Latifi, the spokesman of the Islamic Republic of Iran Customs Administration said on Wed. that during the 12 months ... Export 14 May 2021 Read More...