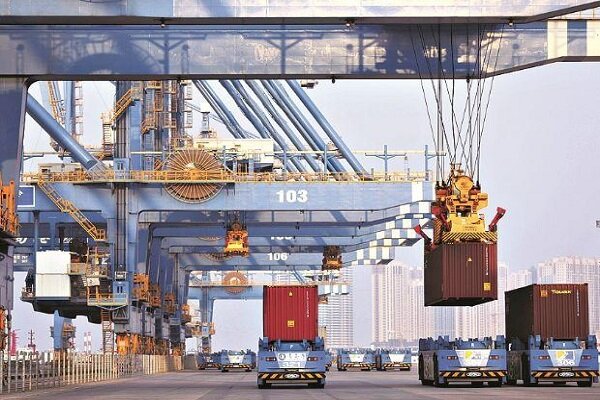 In a meeting held between Serbian Foreign Minister Nikola Selaković and Head of Trade Promotion Organization of Iran (TPOI) Hamid Zadboum in Tehran on Sun., the two sides agreed to develop and enhance cooperation in the fields of industry, mine and investment as well as increasing bilateral foreign trade volume.

During the meeting, Serbian foreign minister pointed to the existing capacities in relations between the two countries and said that fields of cooperation in the areas of industry, energy, agriculture as well as provision of the required raw materials needed in agricultural sector are of paramount importance.

He termed Serbia’s economic achievements ‘considerable’ and added that Serbia is one of rare countries that could revive and develop its economy optimally.

Head of Trade Promotion Organization of Iran, for his turn, pointed to the interest of Iranian traders and businesspersons for the expansion of trade interactions with Serbia and called for finalizing the provisions of Action Plan in the field of development of economy and trade.

While emphasizing the need for facilitating trade between the two countries, Zadboum pointed to Free Trade Agreement (FTA) inked between Iran and Eurasian Economic Union’s member states and added, “By pursuing and finalizing Preferential Trade Agreement (PTA), the two countries of Iran and Serbia can pave the way for a future free trade agreement.”

Elsewhere in his remarks, Zadboum referred to the coronavirus global pandemic and stated that spread of COVID-19 caused considerable reduction of international trade volume and also Iran’s trade with Serbia last year in 2020.

During the meeting, Iranian and Serbian foreign ministers emphasized the importance of holding 16th meeting of Joint Commission on Economic Cooperation between the two countries in order to develop and expand cooperation, especially in the economic field, issues related to unilateral and oppressive US sanctions, regional issues in Balkans and surrounding countries, cooperation of the two countries in international communities, measures taken by two countries in the fight against coronavirus, COVID-19, etc.