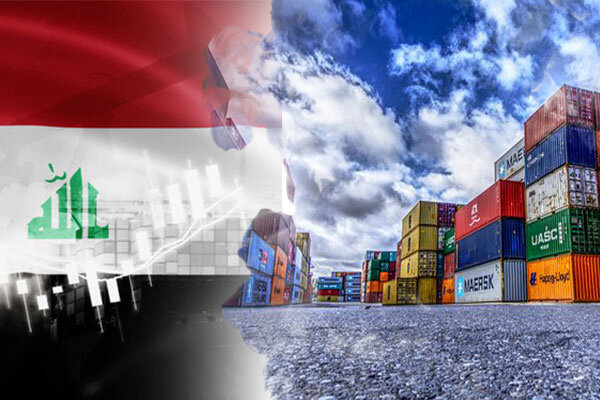 Speaking on Saturday, Seyyed Hamid Hosseini said that the Islamic Republic of Iran exported $2.8 billion worth of products to neighboring Iraq in the first four months of the current Iranian calendar year in 1400 (from March 21 to July 21).

Turning to the exports situation and trade relations with neighboring Iraq in the first four months of the current year, Hosseini said. “According to the statistics of the Islamic Republic of Iran Customs Administration (IRICA), Iran’s export to Iraq hit $2.8 billion from March 21 to July 21, 20201.”

He put Iran’s export of products to Iraq in the first three months of the current year (from March 21 to June 21) at $2.3 billion.

He went on to say that Islamic Republic of Iran exported about $500 million worth of products to neighboring Iraq in the Iranian month of Tir (from June 21 to July 21).

Elsewhere in his remarks, Hosseini stated that Iran’s export of products to Iraq decreased last year due to the outbreak of the COVID-19 pandemic which caused the closure of crossing borders with Arab countries.

Generally, Iran’s export trend to Iraq is ordinary and there is no room to worry about this issue, he said, adding, “With the coordination made in this regard, Islamic Republic of Iran has managed to retain its exports market in this country.”